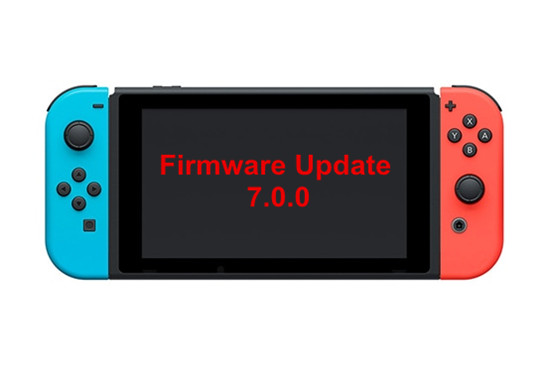 Nintendo Switch 7.0.0 changelog
Select from six new New Super Mario Bros.™ U Deluxe icons for your user
To edit your user icon, head to your My Page > Profile on the top left of the HOME menu
Added additional language support to the HOME Menu for Chinese, Korean, and Taiwanese
To change the language, head to the System Settings > System > Language
General system stability improvements to enhance the user’s experience

Not Sure. The famous hacker SciresM suggested on his twitter that we should not update to Switch 7.0.0 because 7.0.0 hanges the TSEC Firmware used for SecureBoot + changes keys. Currently we do not know if CFW is pacthed or not by firmware 7.0.0. So we do not knot if SX OS CFW works on Switch 7.0.0. 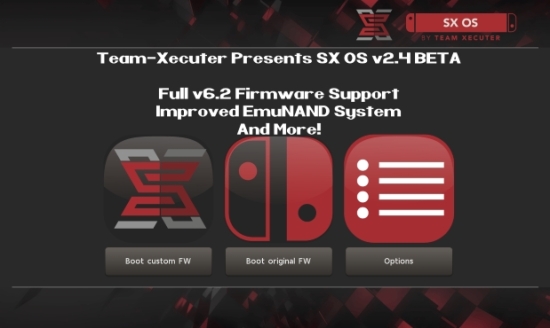 Great news. Team xecuter released a new version of SX OS CFW-v2.4 Beta for supporting Switch firmware 6.2.0. And it means we can use SX OS/SX Pro to hack Switch 6.2.0 and play the latest games such as Super Smash Bros. Ultimate, Pokemon Let’s Go, Pikachu and Eevee. So what are the new features of SX OS v2.4 Beta? Let’s have a look

SX OS v2.4 Beta Changelog
Support for firmware 6.2.0
Nintendo threw us a small curve-ball while we were in the middle of reworking some other parts of SX OS. That being said, SX OS is now fully compatible with the latest official firmware 6.2.0.

EmuNAND functionality reworked
Our initial release of EmuNAND used a storage mechanism that wasn’t what a lot of people were looking for. In our last release we decided to switch to using the microSD for EmuNAND storage, which in turn made some users that *did* like the old method of storing EmuNAND on the system NAND unhappy. We have reintroduced the support for EmuNAND-on-system-NAND as well as introduced a third storage method for your EmuNAND partition. You can now also opt to use a separate partition (as opposed to files in the regular (ex)FAT filesystem) as a storage backend for your EmuNAND. With three flavors of EmuNAND storage supported now, all of you can rejoice!

Homebrew R button interfering with ingame L+R buttons fixed
In the last release we introduced a method of invoking the homebrew launcher for any title by holding down the [R] button during application/game startup, this gives homebrew additional capabilities that it wouldn’t normally have. However, this seems to have caused some interference with some games, this has been fixed.

Embedded Homebrew Menu
Previously, you had to copy a `hbmenu.nro` file to your microSD card in order to use the homebrew launcher. This has been fully integrated into the SX OS boot.dat file now. Effectively this means all you need for setup is to copy our boot.dat file, simple!

Buy SX OS for hacking Switch 6.2.0
in Digitopz, there is a Christams sale for SX OS/ SX Pro. You can get SX OS with a cheap price for your loved ones. It accepts PayPal payment and you will get SX OS code within 12 hours including the weekend and night(within 10 minutes in working time) 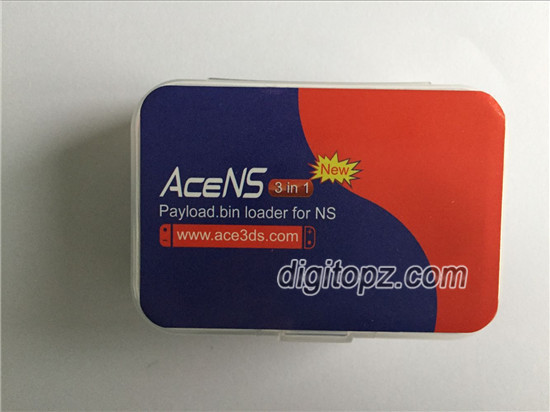 The Ace3ds team released a new version of AceNS which supports Atmosphere, ReiNX, SX OS on Nintendo Switch? What is the new function of New AceNS? How to use AceNS to hack Nintendo Switch and play free switch games?

New Packaging of AceNS
1. Compared with old version, new AceNS loader is much smaller and has better quality.
2.The RCM Jig can be attached to AceNS Loader and will not lose.
3. + is the button for switching to different payloads
– is the LED which flashes different colors which stands for different payloads. 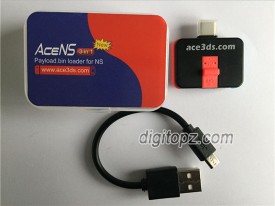 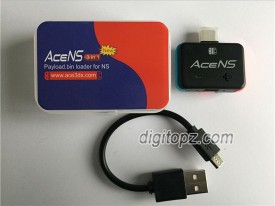 New Function of AceNS
Old version AceNS is powered by capacity, while new AceNS is built-in battery which features 3 months of standby time and 1 hour of full charging time. There is no need to charge AceNS loader each time when you use it. Once AceNS loader is power off, you can connect AceNS and PC with micro USB Cable to charge it. 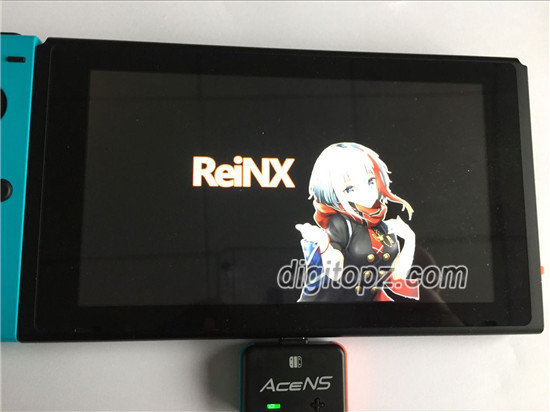 4. Power off your switch console completely.
5. Slide the Jig into the Right-Hand Joycon rail and push it down, insert AceNS Loader to your Switch console. Holding the VOL+ button ,then press the Power Button.
The selected payloads will be injected and Nintendo Switch will boot into CFW
6. Select Album and you will go into the hbmenu. Launch the Tinfoll to install nsp games. 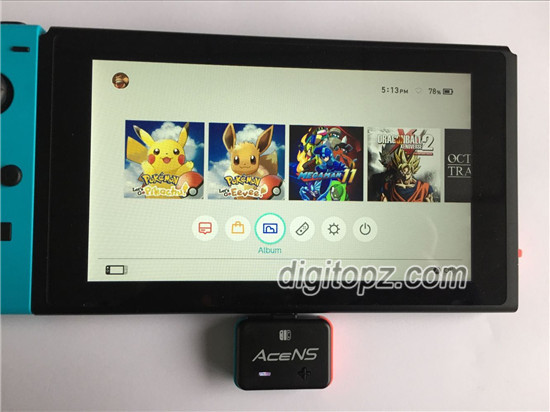 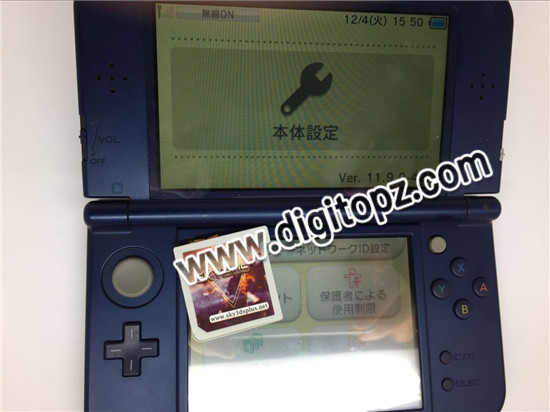 Version 11.9.0-42U available via wireless Internet connection includes the following improvements:
Further improvements to overall system stability and other minor adjustments have been made to enhance the user experience 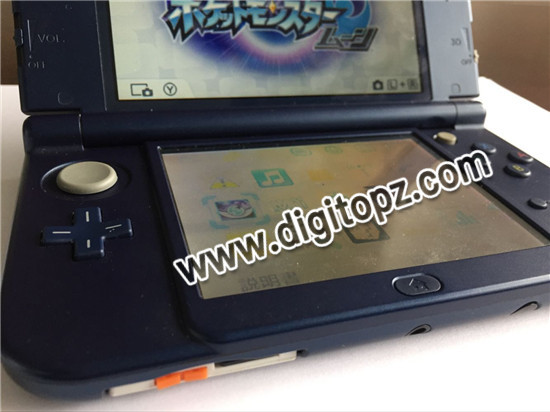 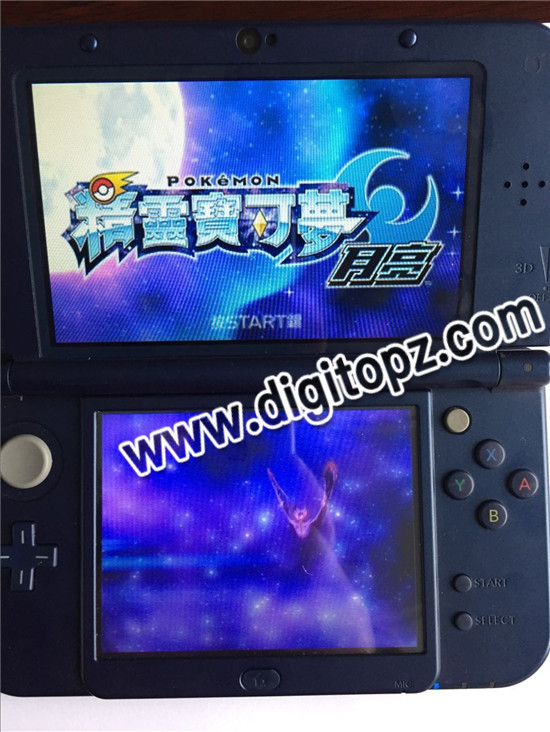 3ds got an update! I'm traveling so can't do any in depth analysis rn but looks like it's just a browser update, so probably patches a primary entrypoint but all other hax is probably fine

According to the twitter of Smea, there is no major change with 3DS 11.9.
But other users on gbatemp confirmed that most of homebrew exploits and CFW work on 3DS11.9
Ninjhax: Works
Doodlebomb: Works
NTR: Works
HBL: Works
Rei-Six: Works
CakesFW: Works
Luma 9.1: Works

If you want to buy a flashcart for playing 3ds games on 3DS11.9, the sky3ds+ is the best choice. There is a big sale discount for sky3ds+ on digitopz and you can get cheapest sky3ds+ now. 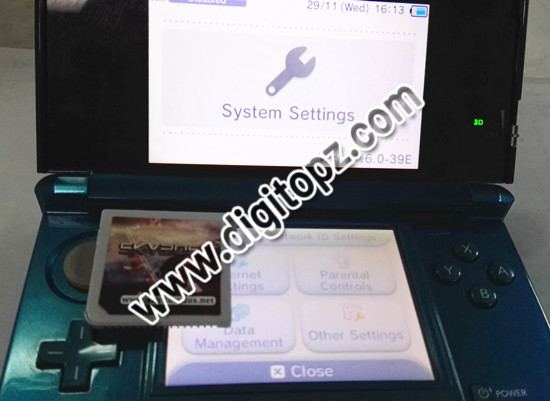 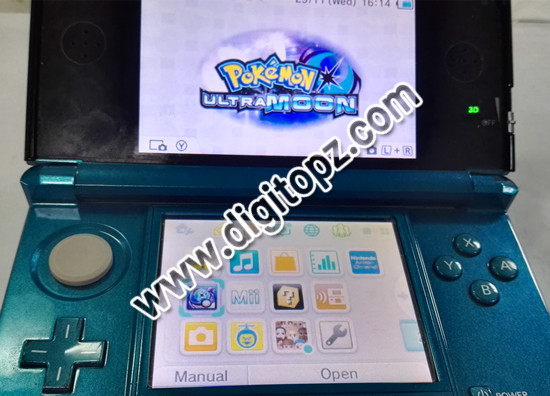 Digitopz.com holds a Christmas promotion for sky3ds+ before December 25th, you can buy one cheap sky3ds+(comes with a free skydock) with $78.0

Fire Emblem Warriors is a hack-and-slash Action RPG video game developed published by Nintendo for New Nintendo 3DS on October 20th, 2017. The player fights through hordes of enemies, accomplishing specific goals to beat maps. In addition to hack-and-slash combat in open areas similar to the Dynasty Warriors series, gameplay includes the ability to give tactical commands to units in the spirit of the Fire Emblem series. There are several different weapons for users in games: axes beat lances, lances beat swords, swords beat axes, bows, tomes, and dragonstones.

Get 3ds EUR rom for Fire Emblem Warrior and copy it to microSD card. Insert microSD card to sky3ds+ and put sky3ds+ to 3DS console. We test this game on 3DS 11.6.0-39E and find that it does not work on this console. And the message shows “This is New Nintendo 3DS Software and can not be used on this system”

If you want to use sky3ds+ to play US region Fire Emblem Warrior on a European 3DS console, you can install Ninjhax 2.9 to access homebrew launcher and play region free games.

On October 20th, Smea confirmed that the payloads for 3DS 11.6 have been released, both otherapp payload and ninjhax have been updated, which means you can use Ninjhax 2.9 works on 3DS 11.6.0-39.

If you want to play out-of-region 3ds games with sky3ds+ on 3DS 9.0-11.6, you can install Ninjhax 2.9 to access homebrew launcher and play region free games with region free launcher. All you need is one sky3ds+ card and one 3ds CUBIC NINJA rom.
Ninjhax user guide

On September 18th, Nintendo team released a new firmware version-11.6.0-39 for New3DS/New3DSXL/3DS/3DSXL/2DS/2DSXL console. What is the new feature of 3DS 11.6.0-39? Does 3ds flashcard sky3ds+ or any 3ds homebrew exploits work on the current firmware version?

11.6.0-39 for New3DS/3DS/2DS/2DSXL
Version 11.6.0-39U available via wireless Internet connection includes the following improvements:
Further improvements to overall system stability and other minor adjustments have been made to enhance the user experience

Like the previous update, it says that the new firmware version will be more stable. It seems that there is no big change.

Homebrew exploits on 3DS 11.6.0-39
From Smea’ twitter, 11.5 payloads appear to work based on one test. Please wait for more information

you should probably wait until updating though

Can I update to my 3DS to 11.6.0-39?
1. If you usually use sky3ds+/sky3ds or r4 cards to play 3DS/DS games and do not use any exploits or CFW, please update your 3DS console without worries.
2. If you want to access the 3DS eShop or play online games, you have to update to 3DS 11.6.0-39
3. If you have installed or ready to install some exploits/CFW, please do not update until there is a confirmation about it.
4. Gateway 3ds cannot work on 3DS/NEW3DS/2DS/2DSXL 11.6.0-39 directly. Please do not update your 3DS console to Emunand 11.6 until the gateway team confirms the news. 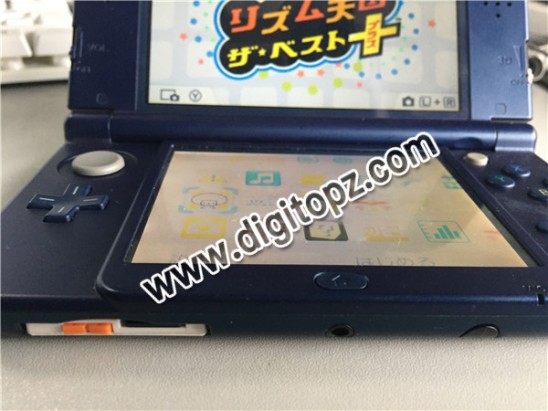 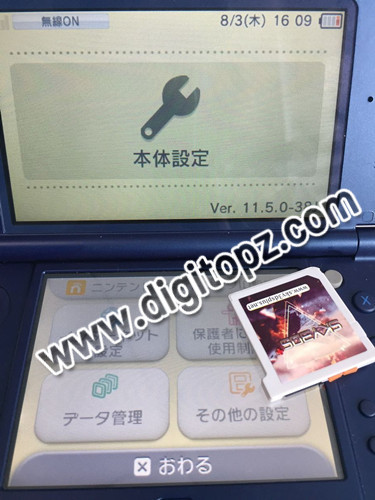 Dragon Quest XI: Echoes of an Elusive Age is pretty popular in Japan and west. It is the new works of Dragon Quest game series, many users have bought or plan to buy this great work. Before buying this game, do you want to play this 3ds game for free? Does sky3ds+ support Dragon Quest XI on 3DS/New 2DS LL console? In this post, we will tell you the answer.

3DS Dragon Quest XI: Echoes of an Elusive Age launched in Japan on July 29, 2017.Dragon Quest XI continues the gameplay of previous games in the series, in which players explore worlds and fight against various monsters, including the ability to explore high areas.The Nintendo 3DS version showcases 3D graphics on the top screen and 16-bit styled sprites on the bottom screen. Before entering battle, players can also toggle between the 3D and 2D graphical styles. The game’s battle system will be the series’ traditional turn-based battle system. 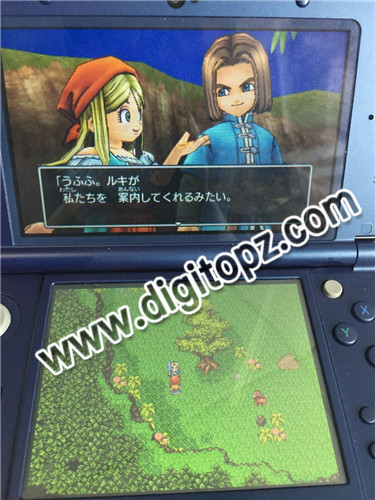 If you want to use sky3ds+ to play Dragon Quest XI on your US/EUR version 3DS/NEW 2DS, you can access to homebrew launcher via Ninjhax and run this Japanese version 3ds game. Ninjhax works on NEW3DS 9.0-11.5 and OLD3DS/2DS 9.0-11.3
If you buy one sky3ds+ card, you can get a free skydock as gift

New Nintendo 2DS XL/LL- the new system in the Nintendo 3DS family of handheld consoles has been released in Australia, New Zealand, Japan and South Korea. And it will be released in North America and Europe on 28 July 2017. Does 3ds flashcart sky3ds+ works on New 2DS XL/LL console? Can we still use sky3ds+ to play 3ds games on New 2DS XL/LL? In this post, we will test sky3ds+ with 3ds game Hey! Pikmin and Monster Hunter XX on New 2DS XL/LL.

Sky3ds Latest News Are All Here